Friends is run by a committee of volunteers with a wide range of backgrounds, experience and links with Imperial. Some are Imperial alumni, some were new to the work of the College, all are passionate about education and the wonders in the world.

The committee meet six times per year to organise aspects of Friends activities, covering areas such as annual programme creation, membership and finance. The current committee Chair and Members are below. 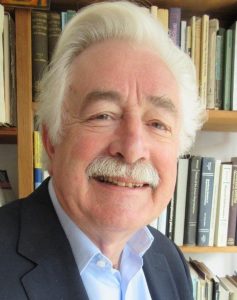 After a PhD in Physics at Imperial and some postdoctoral work in the USA, two thirds of my academic career was spent in space research at Imperial. Founding the Space and Atmospheric Physics group in 1986, I became head of the Physics Department in 1994.

Taking leave from Imperial in 1997, I joined the European Space Agency (ESA) to draw up a pan-institutional European Earth Observation programme that remains in place today. In 2001, I became ESA Science and Robotic Exploration Director.

Retiring in 2011, I returned to Imperial as a senior research investigator in Physics.

I am a past Chair of the Steering Board of the UK Space Agency, serving on the Board 2011-2019, and was President of the Royal Astronomical Society 2012-2014. I received a CBE in the 2019 Queen’s Birthday Honours for services to space science and industry in the United Kingdom and Europe.

I was delighted to be invited to become the Chair and Trustee of Friends in November 2020. Owing a great deal to Imperial, I am very pleased to take part in communicating what Imperial is about through Friends. 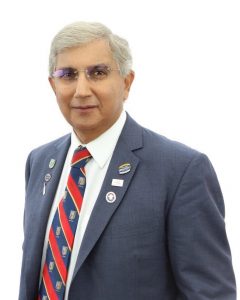 I am a civil engineer with an MSc and DIC - Diploma of Imperial College, London. I have worked on and led numerous design and construction projects both within the UK and overseas.

I now focus more on my property ownership, management and development business, which was established over 40 years ago and has been operating successfully since 1980, catering to the niche student and young professional accommodation market. The business employs around 20 staff and tradesman, with property assets in the UK, USA, Spain and Pakistan.

I continue to maintain strong associations with well-known local and international professional bodies and engage in charitable projects both locally and abroad. Over the years, both myself and my business have won numerous awards for our continued commitment to green issues, staff training and talent development. 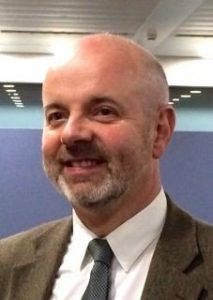 I joined Friends of Imperial College in 2009 and recognised the importance of blending interesting events with the social aspects. I volunteered for the Treasurer role in 2010 with the goal to streamline processes and manage finances so that we can invest in promoting our exciting programme of events and grow membership. I then took on the role of Deputy Chair in 2017 with a focus on operational matters. 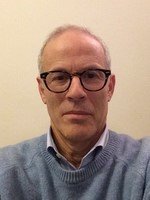 Born in Reading in 1946. Lived in Edgware, Brighton, Stanmore, Beverley Hills, Brighton, and finally West London. But still found time to qualify as a Chartered Accountant. Despite doing three science A- levels, I never went into science. But, I have always had an abiding passion for all the sciences, including sociology, psychology, astronomy, biology and nutrition. Self-taught, well-read and still keen to increase my knowledge. Someone even wrote my tombstone epitaph: "From bookworm to earthworm".

I trust my financial background and my passion for science will be of use to the Friends Committee and I took over the role of Treasurer in September 2019. 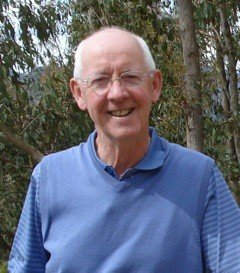 Born in Dundee, I graduated in Physics at the University of St Andrews, followed by a PhD at Trinity College, Cambridge. I continued experimental work in solid state physics at the Cavendish Laboratory with a research fellowship at St John's College and subsequently as an IBM Research Fellow at the Thomas J Watson Research Center at Yorktown Heights, New York.

I have spent most of my career in the Civil Service, first at the Royal Signals and Radar Establishment in Malvern, and then in Whitehall. Since leaving the Civil Service, I worked as an independent consultant on IT related projects.

Now retired and living in Dulwich, my interests include cosmology, genetics, and golf. Friends of Imperial College offer an excellent way to keep the remaining grey cells stimulated! 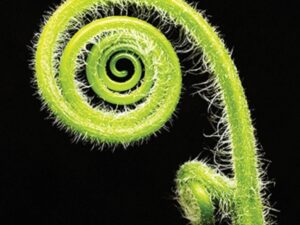 I initially qualified to work in management in the Hotel and Catering industry, transferring for 25 years to the Financial Services industry, before finally taking up a post for a few years at Imperial College London in the administration side of Community Mental Health Research (Medicine) within the Brain Science Faculty.

This environment reignited an interest in science and the statistics connected with epidemiology, particularly once I started noticing the regular, round-robin emails from Friends of Imperial College which dropped into our mailboxes.

I therefore became a Member of Friends in 2011 and was invited to join the Committee in 2019. Since joining Friends, I have gravitated towards a general interest in microbiology. 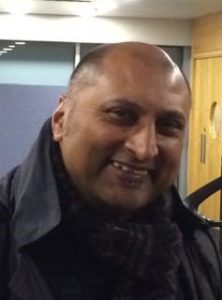 Currently I am a senior tutor at Westminster Kingsway College, responsible for the delivery of the digital arts curriculum, mainly within a further education sector. Although my teaching experience extends to the HE sector, developing multidisciplinary teaching and learning materials that promote knowledge transfer between research and post graduate.

I am particularly interested in how new technology is embedded in everyday life along with its social, cultural and ethical implications. My other interests include colour communication, digital colour reproduction and design applied to both visual art and science, sensory responsive technologies, database and network art, intersection of technology and users, and phases of the technological development from mechanical, electronics to digital.

I decided to join Friends of Imperial College and have volunteered since 2009 as a committee member, mainly focusing on event promotions and outreach activities and efforts. Now I also edit and publish our online lectures on the Friends YouTube channel. 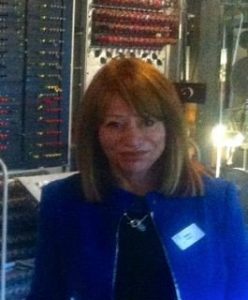 I have lived close to Imperial for many years now and joined the committee in 2006 after attending, and being very impressed by, Friends lectures at the College. My background is somewhat eclectic. I began my undergraduate life by taking an Arts degree, followed by a BSc in PPE at Birmingham University and then reading for the Bar. However, after completing my pupillage, I decided than the courtroom was not for me. Instead, I bought a restaurant in the City. This was a great challenge as I had absolutely no prior experience in catering. Nonetheless, I ran it very successfully for five years before selling and moving into property. This has been my field ever since, despite the sometimes dramatic ups and downs of the economy and the market.

Originally I was very much a non-scientist, it was my worst subject at school. My interest in it has developed over the years and I will now readily share my enthusiasm for science with my friends (or anyone else who will listen!). Many of my own friends have now become members and staunch supporters of Friends.

I hope I have also helped Friends not only to grow, but also to 'spread our wings' a little by organising trips further afield, such as Diamond Light, STFC, and the inaugural Friends visit to CERN in April 2013. These visits have proved hugely popular and I hope to help initiate some more for our future programmes. 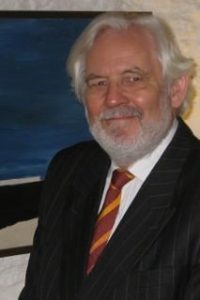 I graduated in Civil Engineering from Imperial College in 1964. Whilst at College I was Vice-President of the engineering faculty student's union and an editor of Phoenix, the arts magazine founded by HG Wells. After graduation I worked as a surveyor in Antarctica before travelling through South America, the United States and ending the trip by sailing the Pacific in a small ketch. Returning to London I worked as a journalist on business magazines before working in the engineering industry. In 1978 I founded a management consultancy in the construction and engineering industry with my wife Sandi working on projects all over the world.

I have been involved in alumni activities since graduation firstly editing and then publishing the Imperial Engineer and subsequently in building up Friends of Imperial College as an independent association concerned with promoting public understanding of the advances in science and technology and thereby supporting the mission of the College. In 2013 I was awarded the Imperial College Gold Medal for my contribution 'for substantially increasing Imperial's engagement with the public, alumni, supporters, and local people. 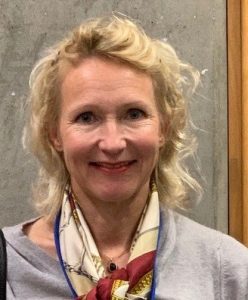 Katri read Business Studies with a major in Finance at University of Helsinki before moving to London where she now advises a number of investment funds and Banks on their investment strategy.

Shopping Cart
We use cookies on our website to give you the most relevant experience by remembering your preferences and repeat visits. By clicking “Accept”, you consent to the use of ALL the cookies.
Cookie settings ACCEPT
Manage consent