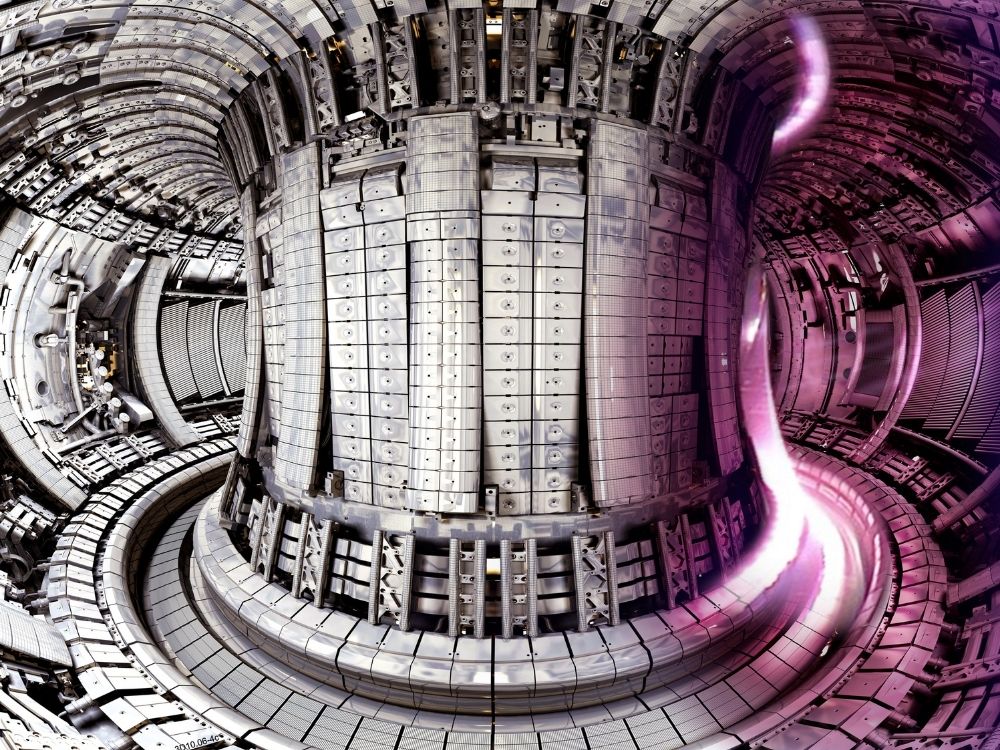 Exclusively for Members and their guests

The UK Atomic Energy Authority (UKAEA) is responsible for the UK’s fusion research programme – working to harness the power source of the stars, as a future source of low carbon, safe and abundant electricity here on Earth.

Ian Chapman became CEO of the UK Atomic Energy Authority in October 2016. He has held a number of international roles in fusion, and his research has been recognised with a number of international awards, including the Institute of Physics Paterson Medal in 2013, the European Physical Society Early Career Prize in 2014, the American Physical Society Stix Award in 2017 and the Royal Society Kavli Medal in 2019. He was made a Fellow of the Institute of Physics in 2013 and became a visiting Professor at Durham University in 2015.

A growing technology programme in areas such as robotics, materials testing, fuel supply and component testing is working with key partners to meet the practical challenges of putting fusion on the grid for future generations.

This exclusive visit will include an introduction to UKAEA’s work, and tours of the JET and MAST Upgrade fusion experiments and the RACE robotics facility. Lunch will be available at cost.

This event is part of an exclusive programme of in-person visits for Members. Each event gives Members of Friends of Imperial College and their guest’s unique access to facilities and research departments with our Behind-the-Scenes events in Imperial and beyond!

If you are already a Member you are welcome to book tickets below for you and your guest. Your confirmation email will act as your ticket and a full event itinerary will be sent to you nearer to the event date.

If you are not a Member and would like to book for this event, as well as enjoying the wide range of other benefits annual Membership brings, visit the 'Join Friends' page here.

Simply book a Membership from only £20 per annum, and then book a ticket or two from the list below.

Due to their very nature, places at these exclusive events are limited in number so do book early for these!

This event is now fully booked. If you would be interested in an event like this in the future please email admin@friendsofimperial.org.uk

This website uses cookies to improve your experience while you navigate through the website. Out of these, the cookies that are categorized as necessary are stored on your browser as they are essential for the working of basic functionalities of the website. We also use third-party cookies that help us analyze and understand how you use this website. These cookies will be stored in your browser only with your consent. You also have the option to opt-out of these cookies. But opting out of some of these cookies may affect your browsing experience.
Necessary Always Enabled

Performance cookies are used to understand and analyze the key performance indexes of the website which helps in delivering a better user experience for the visitors.

Analytical cookies are used to understand how visitors interact with the website. These cookies help provide information on metrics the number of visitors, bounce rate, traffic source, etc.

Advertisement cookies are used to provide visitors with relevant ads and marketing campaigns. These cookies track visitors across websites and collect information to provide customized ads.

Other uncategorized cookies are those that are being analyzed and have not been classified into a category as yet.

Save & Accept
Powered by